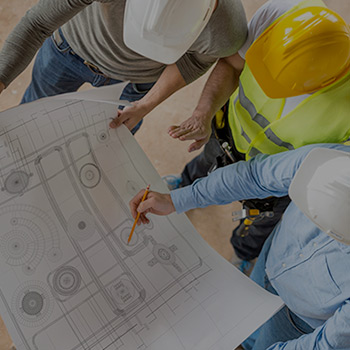 Work Safety Solutions can advise you in all the design and construction phases.

A designer is an organisation or individual whose business involves preparing or modifying designs for construction projects, or arranging for, or instructing, others to do this. Designs include drawings, design details, specifications, bills of quantity and design calculations.

Designers can be architects, consulting engineers, quantity surveyors and interior designers, or anyone who specifies and alters designs as part of their work. They can also be principal contractors, specialist contractors, tradespeople or even commercial clients, if they get actively involved in design work for their project.

A designer’s decisions can affect the health and safety of all those involved in constructing a building and those who use, maintain, refurbish and eventually demolish it.

when preparing or modifying designs:

communicate, cooperate and coordinate with:

A principal designer is a designer who is an organisation or individual (on smaller projects) appointed by the client to take control of the pre-construction phase of any project involving more than one contractor.

Principal designers have an important role in influencing how risks to health and safety are managed throughout a project.